Back to all posts

A few years ago I was sitting on the couch with my guitar in hand watching the academy awards when I came up with this little melody. Then that night I developed it into a full song. Can't remember if one of the awarded movies' story lines inspired it or what, but it's about hoping that your special someone feels the same way that you do. My favorite element of the song is the duets between the cello and guitar.  A while later after recording the song, I decided to turn the melody into a solo piano piece with no vocals in order to give another perspective of the same musical idea.  And I couldn't resist introducing a string ensemble that enters halfway through to accompany the piano.  The song "Not Just Me" and the instrumental piece "Just Me" seemed to fit together very well as one continuous musical composition.

Not long after, my good friend from high school, Taylor Martyn who now lives in Africa, was in New York City for a few days and I met up with him there.  Since the whole city was covered in snow, we decided that the environment would be a perfect setting for a music video for "Not Just Me".  I borrowed my friend McMahan's guitar and Taylor and I went to Central Park and shot four takes while the snow was falling and the ground was blanked white.  We got some great footage.  One of the locations where we filmed was at the opening of a tunnel and the acoustics were pure magic; the sound just resonated like a bell.  During one of the takes at the opening of this tunnel, a small crowd gathered around to listen to the song while we were filming.  Difficult to describe the experience, but performing for this little audience of strangers on a cold snowy day in December was one of the highlights of my year.  Enjoy the music video on the home page! 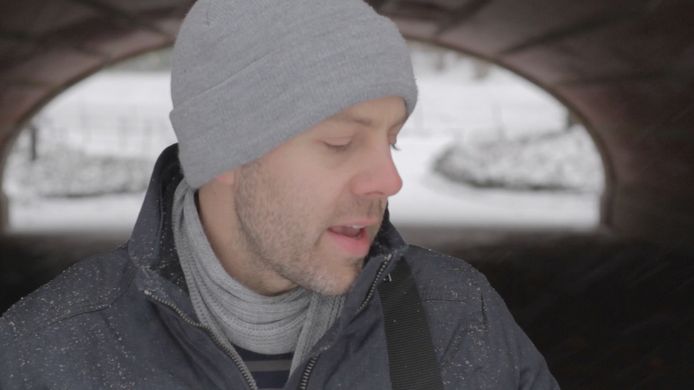