Back to all posts

THE MAKING OF THE "PROLOGUE OF A NEW YEAR" MUSIC VIDEO

Here's the story behind the conception of the "Prologue of a New Year" music video. Taylor Martyn and I were at my apartment going through all my songs to decide which ones we would be making music videos for.  We had already decided that "Happy" was a likely candidate.  Then when I let Taylor hear "Prologue of a New Year" he pointed up at a canvas that I had hanging on my wall (shown below) and said, "what if we went to New York City and turned that image into a music video?!"  Since NYC is my favorite place on earth, I loved this idea.  The next step in the train of thought: since "Prologue of a New Year" flows right into "Happy" and the two make up one long continuous piece of music, why not film the music videos the same way?  So we filmed the band segment of the video in Dallas, and then flew up to New York for the rest.  It was a lot of work, but it was a ton of fun and Taylor Martyn and Robert Morris did a phenomenal job on this video.

Watch the "Prologue of a New Year" music video, I hope you enjoy it! 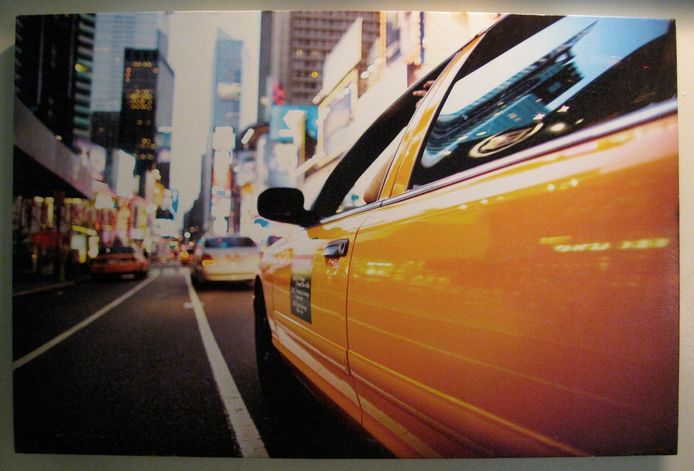